They have no money, no plan, and no clue. There’s your yearly report.

Bend me over and can I have another please ?

Ha, ha… A friend of mine who I regretfully got interested in MDMN way back, was getting grilled by his miss-mate as to where, their stock, in this magic mountain was today.
He told her to go look at the Mining Play web site for info.
He said that, some time latter, she asked him why Auryn a "British-Style Spanish Boy-Band was partnering up with a mining company? Hochschild ?
Seems she googled “AURYN” and got from WIKIPEDIA.ORG
AURYN-…
A …British-Style Spanish Boy-Band
Five-piece Spanish boy band Auryn formed in 2010 when teen pop vocalist Blas Canto decided to team up with Dani Fernandez, Carlos Marco, Alv… [en.wikipedia.org](https://r.search.

That explains a lot then of why “We aren’t getting anywhere” It’s because they are out touring the bar circuit.

And the bars are closed down
TDK

He told her to go look at the Mining Play web site for info. 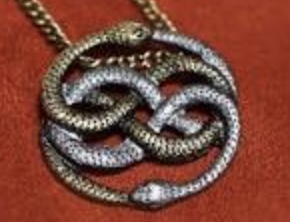 Thanks for the laugh … I needed one!

Are we do for Auryn year report and Q4 financials?

They continue to pay the claim taxes it appears but otherwise zero business activity. Conclusion-simply waiting around for Hochschild to do something.

I think Brecciaboy is hiding from his wife under a local McDonald’s table after he over paid for his shares. This thing is soon to be in the 0000’s

As I recall, Brecciaboy was making overtures toward BUYING most recently. Think about it, if one would spend US1,000.00 right now he could get well over 1 Million shares - and if Hochschild decides to wake up over the next 4 years and the stock goes to 3 cents, then that would be a nice return.

I found it “interesting” in the annual report that AUMC has only 2,572,168 shares in the public float. It would seem that the “old” CDCH longs are holding rather tightly to the few tradable shares of AUMC.
If the PPS of AUMC is the primary valuation of MDMN whenever the restriction is lifted and the conversion of MDMN shares takes place, there must first be some significant news occuring to boost the PPS of the few AUMC shares available. WAG, IMO

I’m still banging away, I bought another 4 million yesterday. My new approach is blocking out the past corporate governance issues and focusing entirely on the exploration results attained to date as well as the fit of the various geomodels. I think you need to encapsulate the past damages into the realization that they are already reflected in the embarrassingly high 2.85 billion shares outstanding. The perpetrator is gone and what we have left is a mere “holding company” containing 16.2 million shares of AUMC representing about a one-fourth stake in the ADL. Obviously, the focus should be on the bona fides of the mineral assets at the ADL. I don’t particularly care any longer if this mere “holding company” (Medinah) has a reputational black eye. Future investors in the ADL Mining District aren’t going to care if a certain subset of the shareholders of “AUMC” got screwed by a prior management team member of Medinah.

The market isn’t necessarily wrong because any issuer refusing to file its quarterlies and that has gone into default with the Secretary of State of Nevada does indeed APPEAR to be assetless and perhaps on its deathbed. Those two moves made by the new management team were smart because Medinah has no cash and its assets are not fungible at the moment. When the “AUMC” share exchange occurs then and only then will “the market” have to value the mineral assets themselves without being packaged in a corporate vehicle that APPEARS to be on its deathbed.

It’s interesting how proper decisions made by management under certain circumstances leads to the APPEARANCE of a corporation being on its deathbed. Experienced investors that see an issuer “going dark” and not filing its quarterlies after years of doing so and then going into default with the SOS of Nevada perhaps should run for the hills because the probability, from a purely statistical point of view, might be that the odds are that the issuer is indeed headed into insolvency due to the lack of viable assets. The REALITY, however, is tied to the value of the one-fourth stake in the mineral assets

Keep blocking out the past. From what I can see nothing has changed from our old clown show to the new clown show. I am glad to eat crow and hope that I am wrong as I have $100000 invested in this POS and hold a position of 3.2 million shares. Can you imagine if I invested $100000 now? It will be pissing money away into something we don’t know where this ship is headed but down.

I’m just happy to hear you do not yet need an orthopaedic surgeon - but if you do, I know a couple that specialize in inter-spousal injuries.

Looking back in my MDMN file I found a post from Blockman on 2/28/2007. He mentions that there was a 50/50 JV deal reached with Hochschild? Can anyone elaborate on what happened.

Obviously they have some serious interest for them to come back after 11 years!

My shares are in the sock drawer. Where they belong.

my shares are safe and snug in the dirty sock hamper. underneath the dirty undies and moldy cheese