Finally halfway through 2020. Can’t think of anything clever to say about this disaster of a year.

I can think of something clever to say - the price of gold is going through the roof, which means the potential income that could be made over and above AISC is maximized, so there is NO excuse NOT to get going on production. Now is the time!

Hey cabezon… thanks to you and Wiz for all you do. Happy 4th of July to all our American friends as we celebrate Canada Day tomorrow…

Well, Bubba, that would help make up for some of the bad mojo.

Don’t forget GCCapital, Hurricane Rick and newleaf, thanks to those guys, too.

A couple clarifications from my end which I consider to be “informed” but that’s up for you to decide.

Bottom line, everyone needs to evaluate their own opportunity cost in sitting in MDMN/AUMC when the rest of the precious metals space rips higher. Maurizio is a solid steward of this investment but is limited to the realities of a very early stage (but exciting) exploration play. Over time, with gold going higher, money will ultimately find it’s way to this more speculative corner of the market and, if the company can find a way to self-fund the definition of further resources in the next 24 months there is a way to advance the project without assuming massive dilution. Lot’s of “ifs” but that’s mining for you.

All good points Baldy, but with few exceptions, I’m sure, most of us here have no “opportunity” to get out of MDMN with any substantial funds and into something better. For better or worse, we’re stuck here.

I like this attitude, been supportive of it on this board for years and was shot down by guys around here that are smarter than me on mining. Being somewhat of a rebel, I have always stuck to my guns; Never, EVER, allow somebody to build you, because then they will be able to bring you down later on at their whim. Maybe Serogeomin’s interruption/intervention is what truly blocked Maurizio from proceeding. Maybe Maurizio has delayed progress due to Rule 144 issues. Yes, the theories propounded by brecciaboy make sense (and have been well-grounded in fact and law), but it sure would be nice to hear the complete story from Maurizio himself. Transparency. The other side of me recalls dealing with lawyers and other professionals with piles of paperwork in their office who NEVER get around to getting their work done - not laziness, just too many things going on at once, flying by the seat of their pants. Is the Covid virus bringing other mining operations to a halt? Assuming not, I wonder exactly what is stopping Maurizio from proceeding with even a start-up operation. Has a potential partner advised against proceeding? Is there a potential sale of the properties to a third party, rendering a start-up mining process immaterial? We might never know, but a 1,000-mile trip begins with the first step. I look forward to the transparency and good things to come.

Hope everyone had a Happy 4th!

Jcn, that price on AUMC sure makes the price of MDMN look good right now.
Arbitrage anyone?

Could something be … happening?

Still only 12k share total volume so far, but ya never know.

Wow! It’s been a while since I dropped in. I hope everyone doing well, staying safe, and getting through the covid crisis.

A lot of interesting back and forth about what’s good, what’s bad, will we, won’t we. Ive been patient as everyone here (mainly because the stocks worthless now), but IMO Auryn needs to do something. Anything. As General Patton once said, “A good plan, violently executed now, is better than a perfect plan next week.” Had to get that “next week” in there somewhere.

But in reality, why is Auryn waiting for the perfect plan? IMO get something going, anything. Metals are up because of covid, let’s go! They have had over two years now to develop plan. I find it hard to believe they are still trying to develop a plan. Just do something. What concern does Auryn have? A decrease of the share price? Take some action. Sitting on its hands has accomplished nothing. IMO, I’d rather see them start something, have problems with it, then our continued void. At least we’d have something to talk about.

Anyway, everyone stay safe and healthy! I will go back to my other investments and crypto which actually make me money.

I sense that management is more than ready to rumble but Covid-19 has gone berserk in Region 5 of Chile (“The Metropolitan Region”). The last I looked Lampa was under quarantine. I read recently that next door neighbor Peru just got the OK to resume mining. Maurizio’s intent was to produce from 3 “production adits” simultaneously but it appears that the Covid issues might prohibit that aggressive of an approach at this time. Two communiques from management to shareholders suggest that they have had permission to distribute our AUMC shares since 12/15/19 but they are waiting for “the appropriate time” after a certain task is completed. Management was apologetic for the delays but reassured the shareholder that any perceived delays were for the greater good of all shareholders. From a geological point of view, I think it’s safe to say that we really do “have the goods”. With the POG going up, the “Value” of the ADL keeps going up due to our near term gold production opportunities but from a market point of view that remains in the “potential energy” category until production commences.

Covid-19 has gone berserk in Region 5 of Chile (“The Metropolitan Region”). The last I looked Lampa was under quarantine.

Thanks Brecciaboy, I did not fully appreciate the situation down in Chile. Yep, and per the following link to a Washington Post article, Chile is under quarantine and there is now up to a 5-year prison sentence for violating it. And, winter is just now kicking in down there, so it may take awhile.

Still what would be the harm in making the MDMN to AUMC shares conversion NOW along with disclosing “here is the current plan, subject to adjustments for future environment, after the virus problems go away and mining can once again safely be initiated. The plan is …”?

I wish I had the answer to that. One possibility would be that Maurizio wants to accompany the share distribution with a big bang from some corporate development that we’re still waiting on. A likely candidate might be the commencement of production. The initial level of production isn’t as important as the fact that the permitting and any necessary financial arrangements are in place. Successfully negotiating the hoops and hurdles needed to go into production confirms to prospective investors the bona fides of the assets. Once into production the levels of production are almost always scalable. When you prove to SERNAGEOMIN that you are acting as a good steward of the environment they’ll increase the allowable production rates.

I think that we investors in junior explorers might not realize the distant odds we incur for not only making a significant discovery but also getting it into production. The majors and mid-tiers that might take an interest in the ADL Mining District want the shareholders of the junior explorers to shoulder those risks and distant odds. They’re interested in the junior explorer “DERISKING” any investment that they might make.

Two statistics from the World Gold Council tell the whole story. The first is that there’s a 1-in-1,000 chance for a junior explorer to make a significant discovery. The second is that even for that fortunate one junior explorer, it still takes an average of over 20 years to do what is necessary to get the project permitted and into production. The majors are smart, they’ll let knuckleheads like you and I take on those distant odds and then they’ll come along later and typically pay through the nose for the fruits of our risk taking.

They need the Maurizio’s of the world to formulate a vision and execute on a plan. I’m assuming it was the POWER and WATER issues in the Atacama Desert and High Andes that drove Maurizio to the Chilean Coastal Cordillera. Maurizio’s specialty is to procure, consolidate and begin developing packages of mining concessions in a value-added fashion. This is the business plan of a “prospect generator”. His goal would be to specialize in doing the grunt work and incurring the big risks that the shareholders of the majors don’t care to incur. If he spends $10 million dollars and a lot of hours in increasing the value of a package of properties to $50 million or $100 million then he did well. Along the way he’s going to have to sweat out the completion of successful baseline environmental studies (which he successfully did) and the hassles of securing the production permitting. He needed to sweat out any recovery rate issues or refractory (tough ore to deal with) ore issues which he successfully did. You’re not going to go to the time and expense of securing the production permitting until you have already confirmed the ECONOMICS of the project.

If Maurizio were lucky enough to find himself at the brink of commencing production, then he will have accumulated a “package” of information referred to as a “GIS database”. This is basically a computerized accounting for every bit of information collected over many decades. Mining professionals doing business as a “royalty streamer” may come along and say we’ll give you a gazillion dollars in exchange for a piece of the action of your production. They’re going to want Maurizio to be at the brink of commencing production before they pay him any attention but then all of a sudden, they’re his best friends PARTLY BECAUSE THE INDUSTRY IS AT A 32-YEAR LOW IN NEW DISCOVERIES. It’s all about TIMING. The price of gold is up over $500 per ounce recently. Due to the Covid-19 pandemic, the ONLY way the Fed can keep the economy alive is to flood the system with U.S. Dollars. This will debase the currency which eventually had to be done anyways due to our debt levels. The Covid-19 virus only made it happen sooner than later. The big winners will be the gold producers and about to be gold producers. The gold producers have already had a great run but there aren’t many about to become gold producers hiding in the weeds that nobody has ever heard about.

The analogy I’ve often made is that the junior explorers often operate as if they’re in quicksand. They just can’t seem to get any traction until they prove themselves. They prove themselves by going into production and making a buck or by going into production and garnering the attention of those investors looking for a way to make a buck. It will be Maurizio’s job to attract the attention of the ever-growing number of investors that can read the writing on the wall indicating that gold production is the place to be for a long time to come.

(DISCLAIMER: This is not a recommendation to buy or sell the securities of any issuer.)

Anyone remember when we were sooo close?
Then and now …! 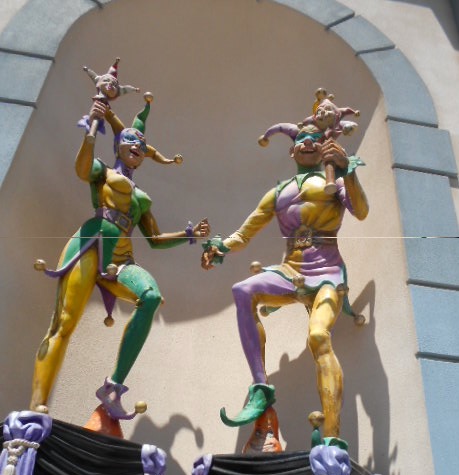 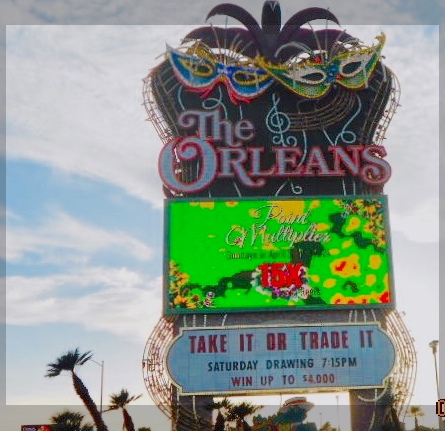